THE EARLY AND LATE RAIN? 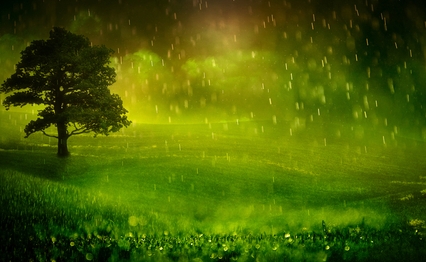 The Apostle James, directed under spirit power, explained "Exercise patience brothers until the presence of the Lord. Look! The farmer is receiving the precious fruit of the earth, exercising patience over it until he gets the early rain (spring) and then the late rain (autumn )" James 5:7.  These words were written by James to his spirit anointed family of brothers about 60AD, revealing a progressive understanding of God's harvesting work.  The first century 'presence' period of Jesus, in association with anointed ones was coming close to an end.


These words of James were penned to encourage his 'brothers' and remind them of their position in the overall plan of the harvesting selected fruits from mankind, of which they formed a part.  To examine the various aspects referred to in these few loaded words of James, a bible review of the various aspects of harvesting referred to in the gospel accounts reveals:-


The farmer is God who receives the harvest of precious human fruit from the earth.


The Farm is the growing fields of the earth, the earth's population of mankind, "The field is the world" Matthew13:38.  The Farmer owns the world of mankind by right of creating it, although the issue is contested by those in opposition.


The hired farm worker sent out to sow the fields is Jesus. "The sower is the Son of a man" Matthew 13:37.


The Seeds are provided by the farmer to the farm worker.  The seeds are information about the Kingdom "The kingdom of the heavens has become like a man that sowed fine seed in his field" Matthew 13:24.  This information, like seeds was to be distributed or sown by the sower Jesus, at the appointed planting time.  The sowing period was directed and detailed by God in Jesus' scripted ministry performed between 29 and 33AD.


The precious fruit of the Earth is the Kingdom good seed that grows to full maturity.  The 144,000 sons of the Kingdom will all be harvested from the earth "Fruit gathered together for everlasting life" John 4:36 "The fine seeds are the Sons of the Kingdom" Matthew 13:38.


Harvest times, we are told, are conclusion periods of earthly administrations or systems of things, "The harvest is a conclusion of a system of things, and the reapers are angels" Matthew 13:39.  In Israel, the yearly growing cycle had two harvest periods; the first in the spring, the second in the summer.


The early rain referred to in James 5:7 was the power of the spirit administered through a special arrangement.  It watered the seed that had fallen on good receptive soil.  Enabling the seed sown in a receptive good heart to understand and grow in knowledge and to full spiritual maturity "Whoever drinks of the water that I will give him will never get thirsty at all ... it will become a stream of water out of him giving everlasting life" John 4:14.  "Neither is the one who plants anything nor is the one who waters, but God who makes it grow. 9 For we are God’s fellow workers. You are God’s field under cultivation, God’s building" I Corinthians 3:7,8.

The first harvest from the earth were the anointed sons of the Kingdom, which took place during the generation before the Jewish system ended.  These first fruit anointed disciples were gathered between 33 and 70, when the Jewish system finally ended "(God) gave us a birth by the word of truth to enable us to be some of his first fruit creatures," for the Kingdom.  Once they sacrificially surrendered their lives, they sleep in death until their resurrection and time for them to take up their promised positions in the Kingdom government.

"Because he willed it, he brought us forth by the word of truth, for us to be certain firstfruits of his creatures" James 1:18 .

"...We ourselves also who have the firstfruits, namely, the spirit, yes, we ourselves groan within ourselves, while we are earnestly waiting for adoption as sons, the release from our bodies by ransom" Romans 8:23 .

"However, now Christ has been raised up from the dead, the firstfruits of those who have fallen asleep in death" 1 Cor 15:20.


The farmer waits for the 'late rains' to fall in order to produce a second harvest or second fruits.  After the first century generation period ended with the destruction of the Jewish nation by the Romans in 70, there would be no more special rain (spirit) to cause seeds to ripen into fruits for nearly 2000 years, until another "conclusion of a system of things" Matthew 13:39 gets close.


"Until the (second) presence of the Lord" The writer James personally experienced Jesu's presence with them during the first century generation.  The fact that James used the future tense for this 'presence' indicates he is referring to Jesus' second returning presence which, according to parallel chronology, starts in 2029 (29 + 2000 years).  When once again, God turns His attention toward the earth in order to recruit the final members of the 144,000, completing the temple arrangement of living stones.  Seeds sown in receptive hearts may lay dormant until this time.


"The Late Rain" James 5:7. According to the Kingdom timetable, from 2029, God will again power up these seeds of knowledge by watering them with spirit power.  This will again cause these seeds to soften with this 'new rain' water, sprout and grow in the hearts of certain selected individuals, enabling them to grow in understanding and knowledge.  Some will grow into mature candidates for selection as Sons of God, providing 'second fruits' for the Kingdom.


The empowering and revealing spirit rain in the first century produced an early harvest of thousands of gathered in first fruits.  To be followed by a second later harvest of fruits in the twenty first century, to complete the required number of 144,000, making up the Kingdom administration.  It is only when this Late Rain starts to fall that the information seeds fully sprout and grow in men's hearts again.


Additional evidence indicating that the recruiting of these living stones would take place in two separate collection periods, is found at  Revelation 6:11.  It refers to those of the first group who were collected in during the first century.  When they are resurrected in 2029, it says  "And a white robe was given to each of them; and they were told to rest a little while longer, until the number was filled also of  their fellow slaves and their brothers who were about to be killed as they also had been."  A head count is taken and the number required to bring the total up to 144,000 is calculated.  This short fall is then filled by a recruiting a group of second fruits.“Do not harm the earth or the sea or the trees, until after we have sealed the slaves of our God in their foreheads.” 4 And I heard the number of those who were sealed, a hundred and forty-four thousand," Revelation 7:3-4.


"Exercise patience brothers until the presence of the Lord. Look! The farmer is receiving the precious fruit of the earth, exercising patience over it until he gets the early rain (spring) and then the late rain (autumn )" James 5:7.  This reveals God's harvesting of human fruits from the earth for Kingdom rule takes place in two parts.  The first part of the harvest during the first century 'presence' period of Jesus in association with anointed first fruits.  The second part during Jesus' second 'presence' period in association with anointed second fruits soon to commence.

For further information see;  The Kingdom of God.