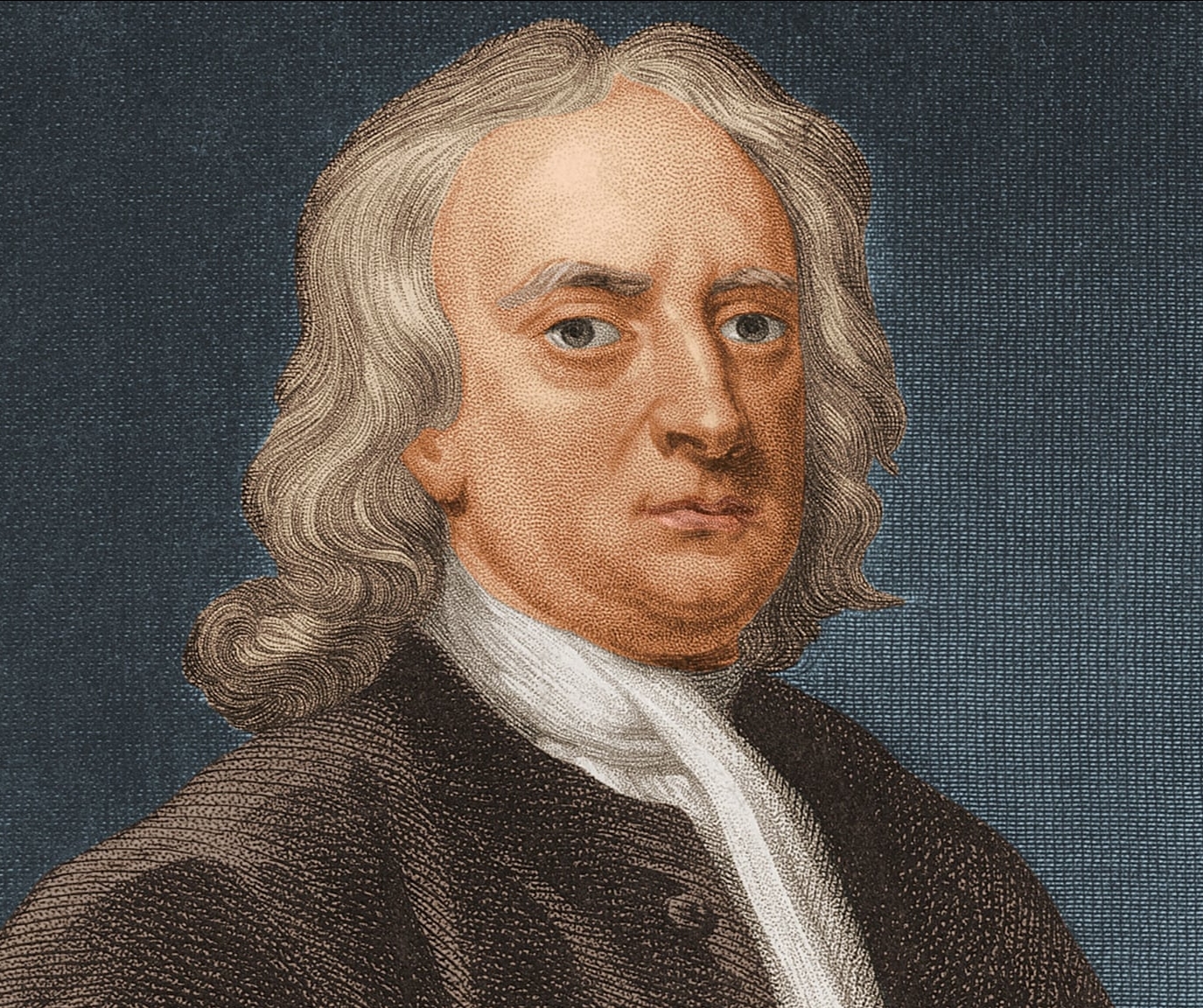 In 1669, Isaac Newton was given the Professorship of Mathematics at Trinity College, Cambridge University.  Already, at  26 his mind and talents were recognized.  In Newton’s day, any fellow of Cambridge or Oxford had to be an ordained priest in the Anglican Church.  When he accepted the position, Newton promised to take holy orders in the near future but kept postponing it for several years because his personal beliefs were in disagreement with Anglican doctrine.  However, the pressure to take holy orders increased and Newton considered giving up his position rather than be ordained.  In March 1675, he applied to King Charles for a special dispensation and to everyone’s surprise, within a month, the king granted that the Professor and all subsequent holders of the chair be exempt from holy orders.

Newton had, like many of his contemporaries, lived with the threat of severe punishment if they had been open about their religious beliefs.  Heresy was a crime that was punishable by the loss of all property and status or even death. Because of his secrecy over his religious beliefs, Newton has been described as a Nicodemite  (John 3:1-2).


Newton saw two major flaws in the Christian doctrine of the trinity.   One, it was unsupported from the scriptures and two, it was illogical.  He used scriptural passages to demonstrate that the trinitarian doctrine was incorrect and that the scriptures instead taught the Father, the Son, and the Holy Ghost are separate and distinct entities.  For example, the Son confessed that the Father was greater than him at John 14:28 and called him his God at John 20:17 "..go to my brothers and say to them, ‘I am ascending to my Father and your Father and to my God and your God”.  Jesus placed himself directly under the command of his Father  "for the world to know that I love the Father, I am doing just as the Father has commanded me to do"  John 14:31.  The Son also acknowledged the prescience of all future things (prophecy and foreseeing the future) to be exclusively with the Father.


Scholars today agree that 1 John 5:7 is indeed spurious, based on the same arguments that Newton used.  The verse is not found in any early Greek manuscript, and it is not quoted by the Greek Fathers, who, if they had known it, would certainly have used it in the trinitarian controversies of the fourth century AD.


Newton maintained that bible prophecy forecast divinely ordained events of the future.  Newton viewed it as history written in advance.  He also identified an evil apostate system (Babylon) that pure Christians must flee to avoid destruction and the wrath of God.  Like many historicist prophetic commentators of his age, he believed that the prophetic time period of 1260 days in Daniel 12:7 actually represent 1,260 years using the "day-for-a-year" principle.  That this 1,260 years represented the time span of the apostasy of the Church  (for Newton Church meant Trinitarian Churches).  He looked for the likely date when this apostasy formally began, for him it was the date when the papal church obtained temporal power.  From there, it was a matter of adding the time period to this start date.


In 1727, Newton gives 800 AD as the beginning of  "the Pope's supremacy";  the year Charlemagne was crowned emperor of Rome in the west by Pope Leo III at St. Peter's in Rome.  Newton believed the 1,260 years corresponded to the duration of the corruption of the Church:  he added 1,260 to 800AD and arrived at the date 2060 for the "fall of Babylon" or cessation of the apostate Church.   He believed that some time shortly after the fall of the corrupt Trinitarian Church, Christ would return and set up a 1000 year Kingdom of God on earth.  He made these calculations about the 2060 date as private musings on a scrap of paper not meant for the public.


He was convinced that Christ would return around this date and establish a global Kingdom of peace.  "Babylon" (the corrupt Trinitarian Church) would fall and the true Gospel would be preached openly. According to his understanding of predictions in biblical prophecy, before the Second Coming, the Jews would return to Israel and the Temple would be rebuilt.  Slightly before, or around the time of Christ's return, the great battle of Armageddon would take place. Christ and the saints would then intervene to establish a worldwide 1000 year Kingdom of God on earth.  This Kingdom would usher in a time of peace and prosperity, a time when people would "beat their swords into plough shares, and their spears into pruning hooks" when "nations shall not lift up a sword against nation, neither shall they learn war any more" (Micah 4:3).  Sir Isaac Newton also advocated that the second coming of Christ would not be in a visible material state.  He also allegedly rejected the orthodox doctrines of the immortal soul.

Newton believed the temple of King Solomon under divine guidance had prophetic eyes.  To Newton, the geometry of the temple represented more than a mathematical blueprint.  It also provided a chronology time-frame of Hebrew history and possible prophetic time calculations as was also the Giza pyramid in Egypt.  Which was possibly not taken up by Newton but by others later.  Newton did not publish any of his works of Biblical study during the time he was alive. Some have observed that Newton was somewhat of a coward when it came to talking the talk, fearing Church repercussions, see William Whiston a more courageous associate of Newton.  Many of Newton's concepts were later adopted by others.  He was a true thinker and researcher of scripture, moving forward the first awakening and exposing creed doctrines.

More refining has been carried out since Newton's day recovering much clearer understanding on God's Kingdom time table.  For the latest on this, go to: -  NEW KINGDOM OPPORTUNITIES FOR CHRISTIANS OF ALL DENOMINATIONS.