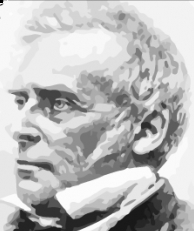 
In 1820, John Darby formed a Bible study group in England.  He examined contemporary bible thought that had emerged throughout the previous 300 years, and formulated the conclusion that as the apostles of the Scriptures practised true worship, they should try to get back to that.  He appreciated that the first-century apostles were united in knowledge and understanding of God's plan through the controlling effect of God's directive spirit power.

Led by these thoughts, his group endeavoured to re-energise this power.  They separated from all formalised religious activities and civil involvement, trying to return to the primitive Christianity as practised by the apostles.  It was a rare flash of understanding.  Unfortunately for them, the empowering 'spirit' was missing as this was dependent on God and His time schedule not theirs.  No matter how sincere.  This spirit late "rain" would not fall to energise seeds to grow in humans for a further 200 years.  So with the best will in the world, they went it alone.  James 5:7 "Exercise patience brothers until the presence of the Lord. Look! The farmer is receiving the precious fruit of the earth, exercising patience over it until he gets the early rain (spring) and then the late rain (autumn )."


The inevitable happened; their efforts collapsed, doctrinal differences broke out. Many of Darby's followers could not cope and returned to the formal Church system with its old creed doctrines and rituals. Others went to the opposite extreme and  isolated themselves in exclusive brotherhoods. Darby used information passed down from predecessors of a phased creative time plan of God that was unfolding: a concept that God was still in the process of developing his creative plan and purpose. Darby sectioned this plan into seven time divisions. He believed he was living within the division when God would separate a small group of faithful ones from the large established Christian religions for the Kingdom. He considered himself to be amongst this group.


Other concepts were prised from the book of Revelation.  Among these, that Christ would return at his second presence and gather all his selected saints by resurrecting those already dead; those living at the time he would call in. It was termed 'The Rapture' (an expression still used extensively by Evangelists today).  Following this he taught that God would reject all token Christians.  Instead, he would convert the Jews to preach Christianity to the world for seven years (whether they liked it or not).


Once this had been accomplished, the tribulations referred to in the book of Revelation would be unleashed on the world, with Satan at its centre.  Jesus with his army would then battle with the opposing earth's inhabitants, defeating them and Satan.  This would mark the start of the 1,000 year reign of Christ over the Earth.  At the end of this reign Satan would be released from his prison abyss, the unjustified dead would be resurrected and judged along with Satan and destroyed in the lake of fire.  Interestingly, for all Darby's perception, he still swallowed the doctrines of the trinity and the immortality of the soul! Resurrection and immortal soul???


Most of these received ideas were gathered from others; Darby merely examined, refined and developed them.  Some other ideas being put forward in England around this time included the thought that the first part of Christ's return would be unseen for seven years.  In a 'parousia' following, this Israel was to be restored to the Holy Land and the Millennium start at Jerusalem.  Once Darby's group had crystallised their ideas, they stopped progressing. Presuming they possessed complete truth, they 'time encapsulated' themselves into the Plymouth Brethren organisation.  Many ideas, particularly Darby's dispensation theories, were later picked up by various divisions of the Fundamentalist movement in America and formed the basis for the Evangelical Grace Movement in England.  Taking another step forword was William Miller.


Much continued refining has been done since John Darby and his efforts in recovering clearer understanding of God's word. These advancements have given us greater clarity and understanding of God's Kingdom and its time table. For further information on this go to:- NEW KINGDOM OPPORTUNITIES FOR CHRISTIANS OF ALL DENOMINATIONS.